Following a 5-year process, historical steps have been taken in Israel with the unification of two organisations AWIS (The Association for the Wellbeing of Israel’s Soldiers) and LIBI (the fund for the strengthening of Israel’s Defence).

YAHAD – United for Israel’s Soldiers – unifies both of the organisations under one umbrella which act together to raise funds on behalf of the IDF soldiers. As a result, we have cut expenses and also prevented duplications of functions and activities concerning the donors and the IDF units. A special department in the Human Resources of the IDF has been established to ensure that all donations for the soldiers go solely through this one gate. This department dictates the needs of the soldiers and approves the implementation of each and every donation.

A further major change is the agreement with Israel’s Ministry of Defence that all the expenses and fundraising activities – including administrative and general expenses – are funded by the Ministry. This means that 100% of each and every donation reaches the soldiers as designated

UK AWIS raises funds for many projects within the IDF. The unique essence of UK AWIS is the spirit of its members, volunteers and donors, who sincerely care for the young men and women serving in the IDF, as parents care for their own children. 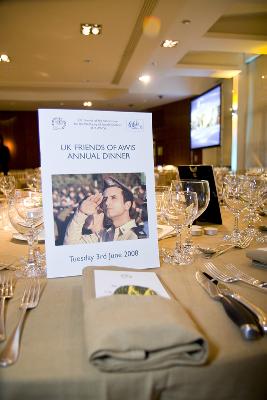